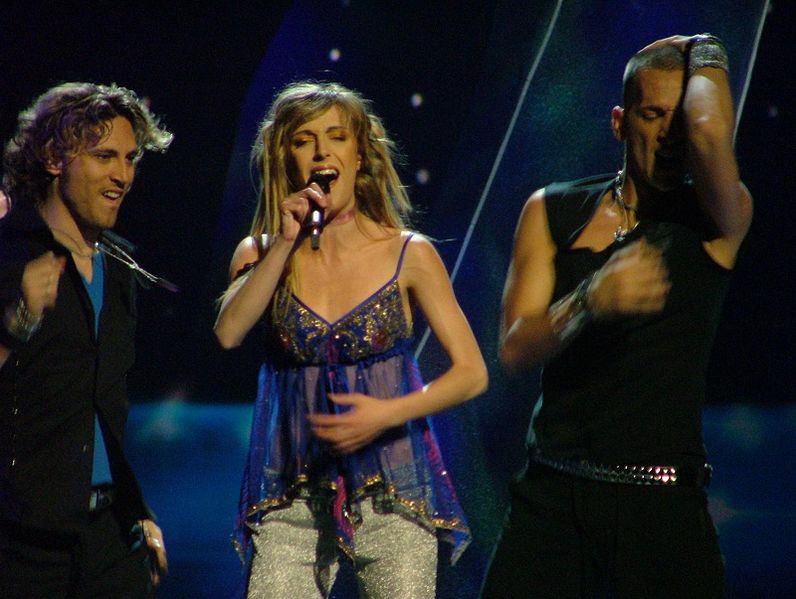 In this article, we want to look back at the participation of Andorra in the Eurovision Song Contest. Andorra is the only country that took part but never reached the final.

Andorra took part in the contest a total of five times. The entries were all sung in Catalan, sometimes mixed with English. When Andorra started going to Eurovision in 2004, they took it very seriously. They chose Marta Roure and the duo Bis a Bis to participate in their national selection. It took six rounds and two semifinals to select, in the end, two songs. The winner was Marta Roure, who sang “Jugarem a estimar-nos”.

The second contestant for Andorra was a Dutch woman, living in Andorra: Marian van de Wal. Her song was chosen out of three, all sung by Marian herself.

The three following years, Andorra decided not to have a national selection. The songs were all chosen internally. The most succesful one was the young and enthousiastic band Anonymous in 2007. They made it to the 12th place in the semifinal. It was the closest to the final that Andorra came.

A year later Andorra did not make it to the final, but at least they won a prize! Dressed as a beautiful queen bee, Gisela won the Barbara Dex Award! Was it the right choice or do you think it’s the wrong decision? Judge for yourself!

The last participation of Andorra was in 2009. Out of three songs, all sung by different artists, Susanne Georgi was chosen to represent the country. Georgi was not completely unknown at all. As the half of the duo Me & My, together with her sister, she scored a world wide hit, “Dub i dub”.

It is the same Susanne Georgi who wants Andorra to be back in Eurovision. For this, she contacted Andorran tv-station RTVA. At first, they didn’t want to say yes or no, which sounded hopefull. However, in a later stage they stated Andorra will not return in 2021. Georgi does not give up: she claims to have a sponsor that makes participation of Andorra possible. Somehow, we got the feeling this is to be continued….